All about the Monomelic Amyotrophy! 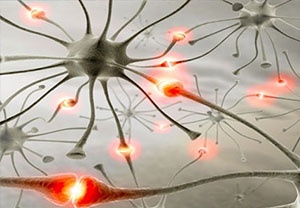 Monomelic Amyotrophy is a rare disorder marked by the progressive loss and degeneration of motor neurons. Our muscles are contracting and relaxing due to continuous signals that are given by the motor neurons located in the brain and spinal cord. Motor neurons control our muscle’s voluntary action. It’s also known as Hirayama Disease and Juvenile Non-progressive Amyotrophy.

Males aged 15 to 25 are more prone to getting the Monomelic Amyotrophy. Its progression is gradual and onset is slow. It’s most common in Japan and India. Despite it’s a lower motor neuron disorder, the fasciculation is rarely seen.

No major types have been identified, but some cases have shown similarities to the presentation of Monomelic Amyotrophy, but not exactly matching its symptoms. So, it has been evidently proved that the type, in which the small muscles of hands and wrists are affected with the slow progression, is the variant of MMA and known as O’Sullivan McLeod Syndrome. The types of Monomelic Amyotrophy need to be further researched.

The exact cause has not been identified yet. However, several studies have found that its occurrence is linked to the radiation or traumatic injury.

The muscle weakness which starts from the single limb is one of the important clinical signs. As there is no pain associated with Hirayama Disease, the experts found that a person with Hirayama Disease can have a sensory loss. If the disease is not treated quickly, a person can experience the disability. Other symptoms are:

The diagnostic criterion for Monomelic Amyotrophy isn’t different. By the physical examination and history, the physician will identify the problem and order other investigative measures. Electromyography will tell about the denervation or affected nerve. MRI or CT scan will show the targeted muscles. EMG will indicate not only the denervation, it will also tell the renervation. Some people with Hirayama Disease also reported the coldness, cyanosis or sweating. On further examination, it has been discovered that their systemic nervous system has also got affected.

As there is no pain associated with Hirayama Disease, the painkillers have no use. However, Physical Therapy and Occupational Therapy has a prominent role in strengthening the muscles and improving the fine motor skills. Orthopedic intervention may also be helpful in the severe cases.

Stem cells can multiply and can make the copies of other cells. As stem cells are extremely versatile, the latest advancements in the treatment of the Monomelic Amyotrophy have suggested that the stem cell therapy promotes the repair and regenerates mechanism in the body. Mainly, mesenchymal stem cells are administered in people with Hirayama Disease to halt or at least to slow down the deterioration of muscle weakness and wasting. They provide the possible cure of the untreatable disease, because they facilitate the healing processes and can replace the damaged or distorted cells.

Though its progression is slow and can worsen over time, if the stem cells transplantation or rehabilitation exercises start early, you can minimize the chances of disability.