more than 60 diseases can be treated with stem cells Read More...

Patient from Portugal, Diagnosed Multiple Sclerosis, One month after treatment he could walk again Read More...

Good afternoon, tell me please some story about your father’s case. The symptoms, when did they appear, how disease was progressing, please tell this story.
The disease came to my father 10 years ago, the little symptoms began 10 years ago. His little finger on his right hand was shivering, shaking and then it got to the whole arm and afterwards it was the other arm and there was some tightness in the body and everything like that.
5 years ago he was walking, he was talking and everything like that, but slowly. It began to be slowly. In 2015. he got sick and there was like a virus in his body and came to the hospital and got the catheter and after that it was slowly going down. He didn’t walk as much and his speech was slowly giving up. Now he talks a little bit, but he has to take a breath before saying one word and then we can understand it.
And the disease is called MSA and it has something to do with Parkinson’s, I think. He knows more about it and my mother knows more about it.

Yeah, 10 years ago it started with small symptoms and now it’s the whole system.
And how did you find Swiss Medica 21st century, the information? Who helped you? Was it internet tools or how did it happen?
I did hear about stem cells before, but I wasn’t sure about it. I was thinking that maybe it was an illusion or something like that, because I thought if we can just do it, why didn’t the doctors do it from the beginning.
So my father was like “I have nothing to lose anymore” and then we found Swiss Medica and we saw the treatments, we saw the people who got in and got out again and it helped them get better. And he was like “We have to try and see what this is”, because it’s his last chance to maybe get to speak again and something like that.
The treatment is good, because when my father came here he couldn’t take a glass and drink from it, but now he can take a glass himself. He can also touch his arm with his head. He couldn’t do this before. And he can also clap a little bit. So there is something good about the treatment, I think. And before his hands were very cold and his feet were very cold, but now they are very warm. Also, when I touch them, he can feel that himself. It’s better.

I see, and what about activity with his right leg? Could he lift his leg before the treatment?
Not very much, but now he can lift it up to here. And there are small things, but the small things are very good. When you live with a person who has the sickness, you appreciate the little things, each tiny little thing, like if he can drink himself or eat himself and everything like that, so it is very good.
So what about speech you can see? Because, as doctors, we observe these changes, what can you say about speech ability for this 12 days treatment period? 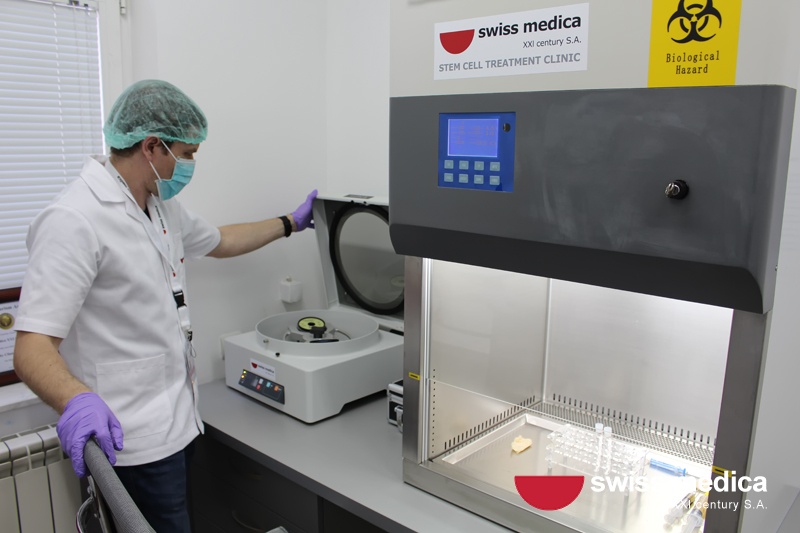 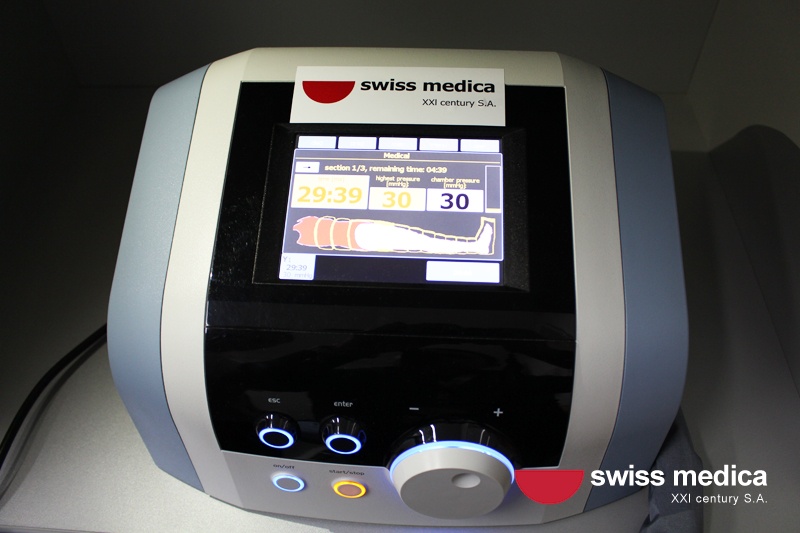 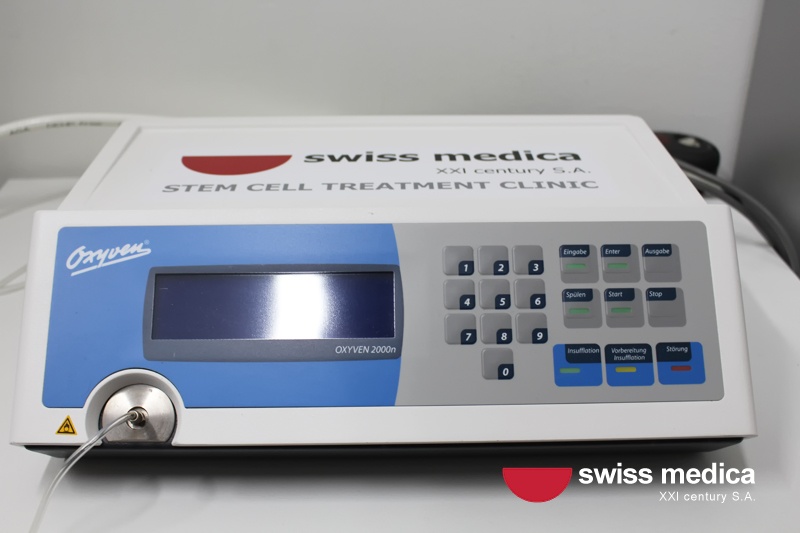 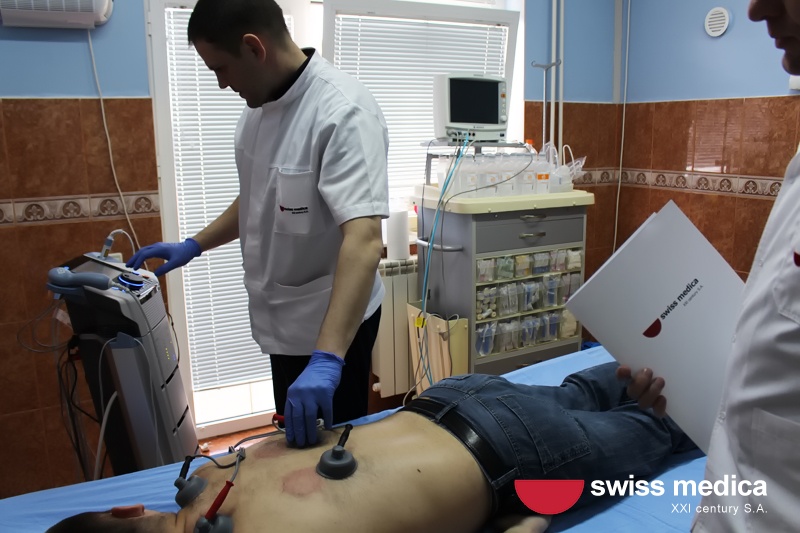 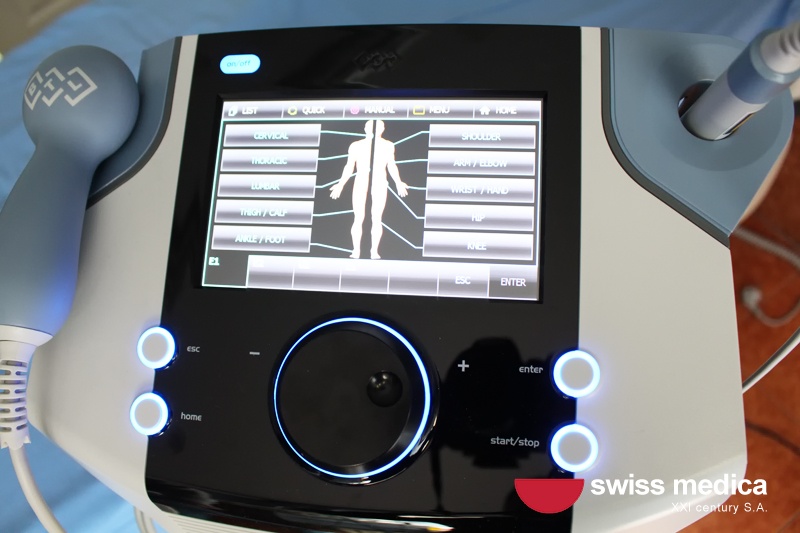 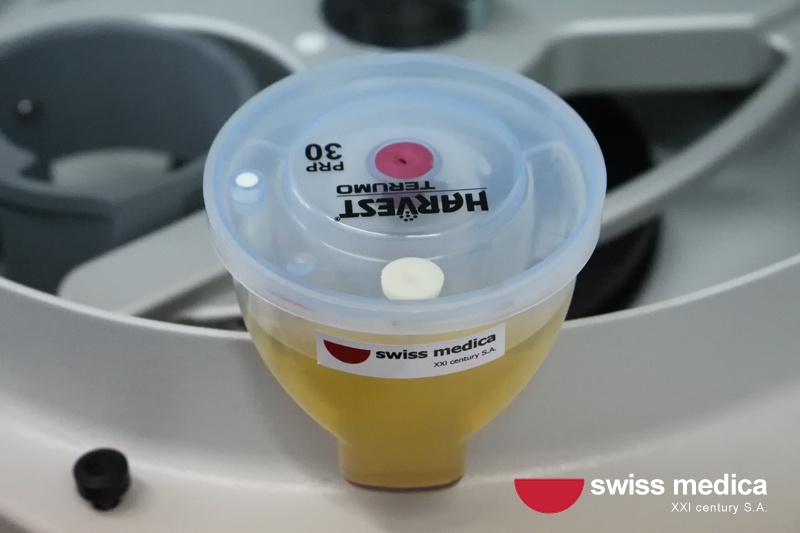 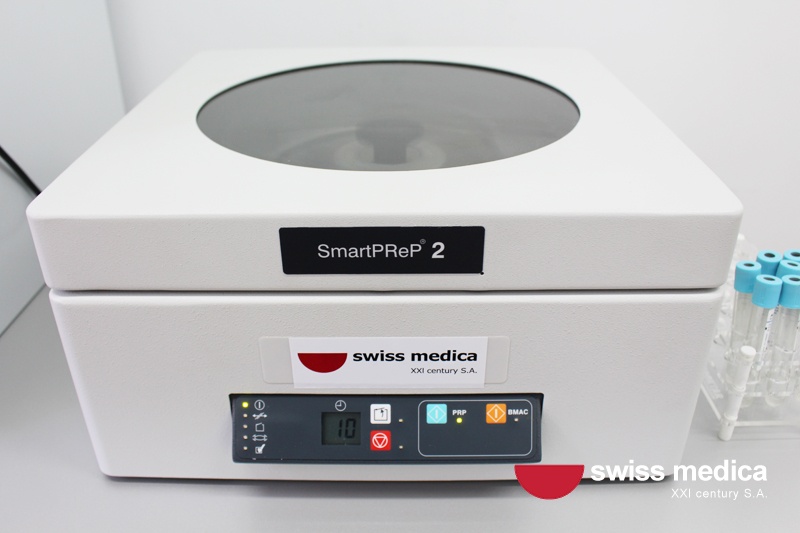 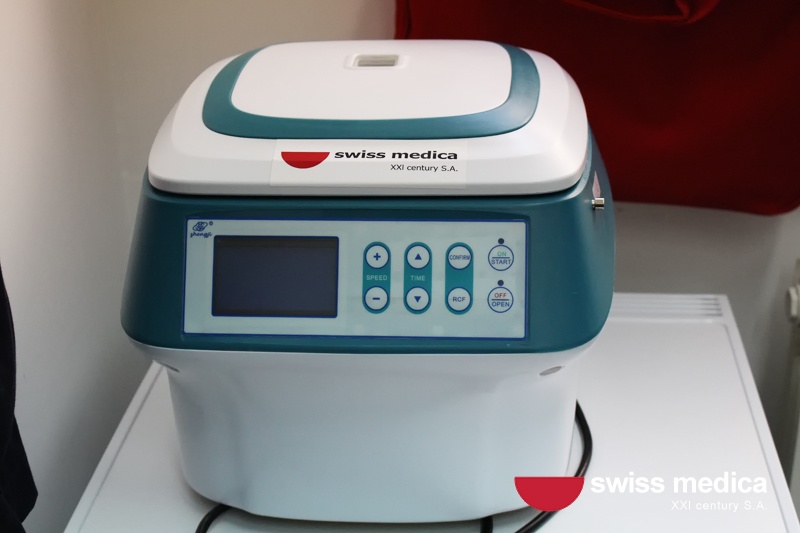 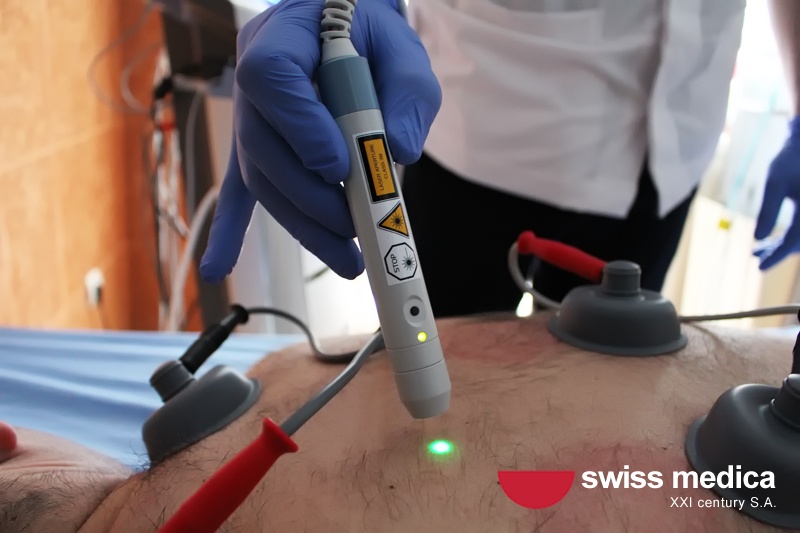 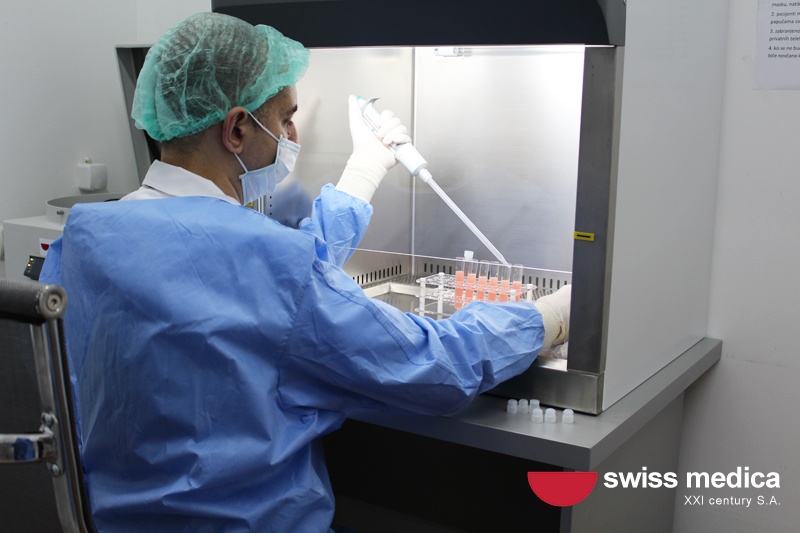 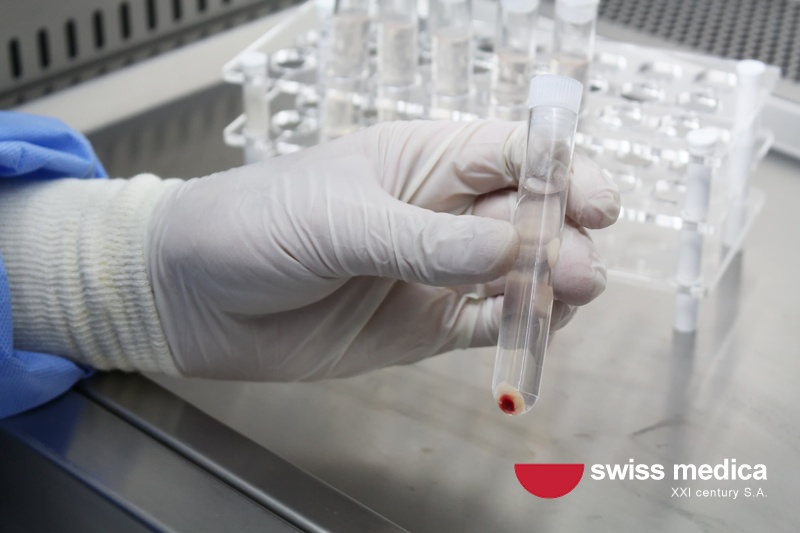 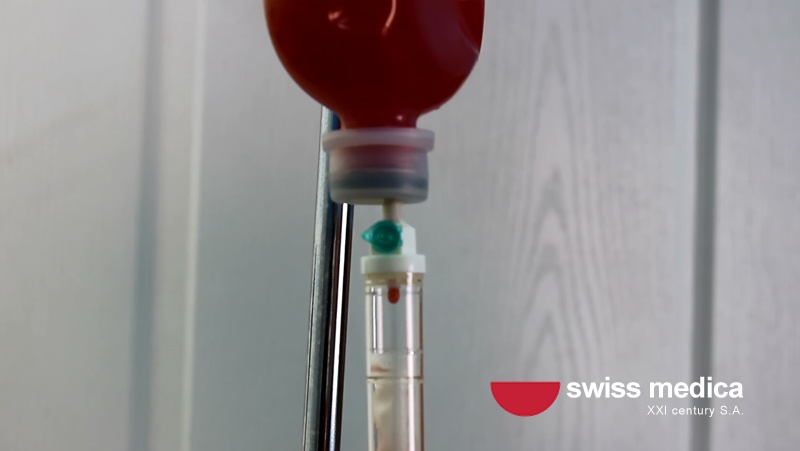 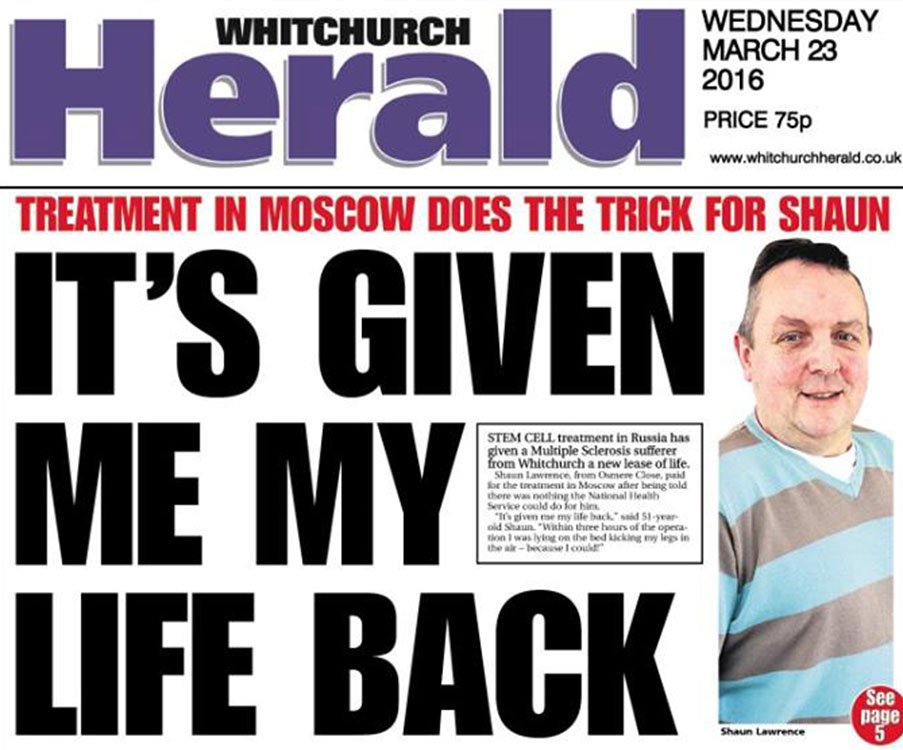 "IT’S GIVEN me my life back." - Sometimes statements like that can be full of hyperbole and exaggeration, but not for Shaun Lawrence. 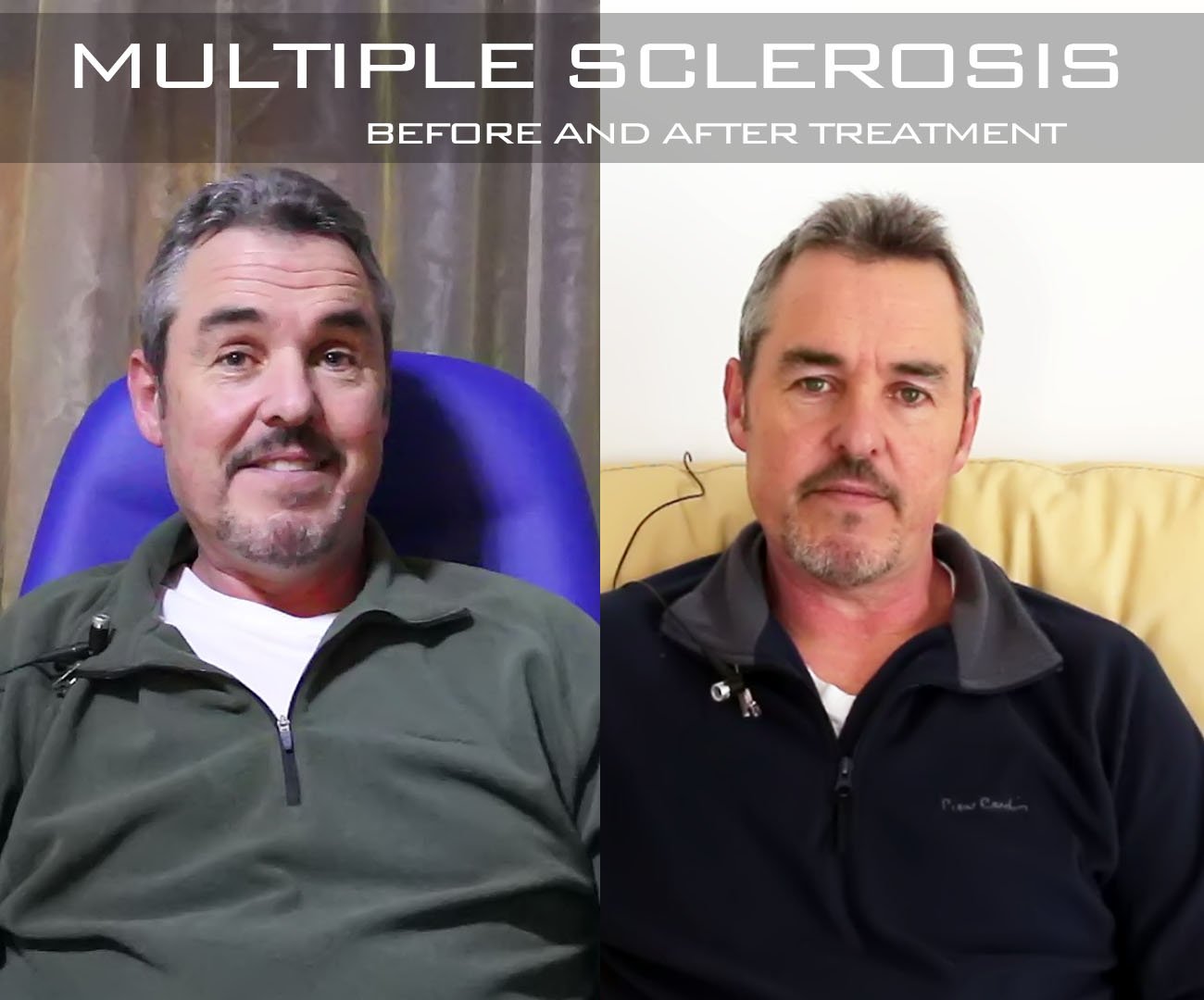 For me, since I got back after my 2 weeks of having my treatment, within 2 days of being home speaking to friends and family around the world, they all noticed the difference in my speaking, cognitively and I was able to listen and integrate with conversations with my family at home. 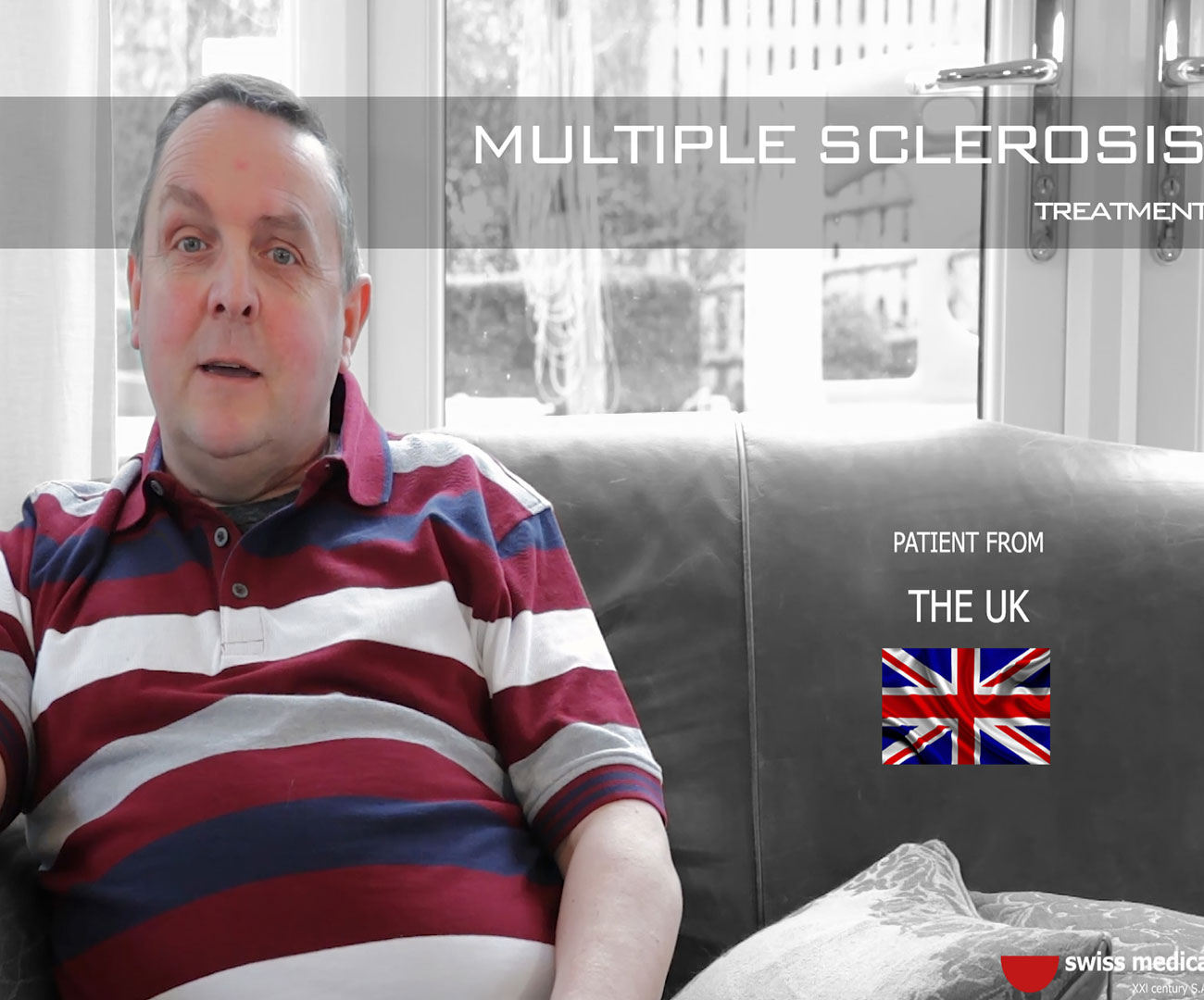 From wheelchair to cane

Nine months of usual treatments for MS and chemotherapy did not help. Then he found Swiss Medica Stem Cell Clinic.

One month later he could walk again. 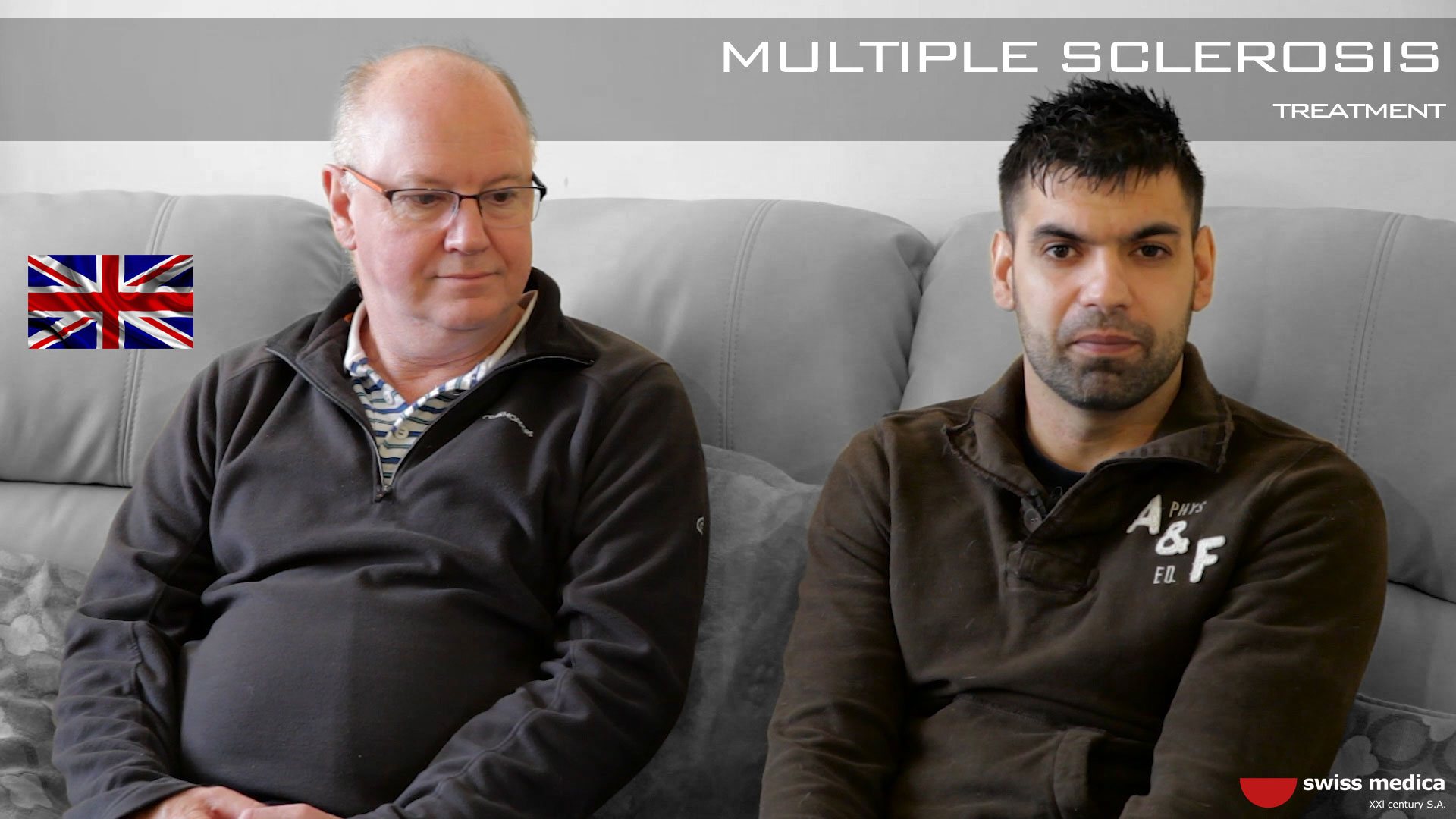 The treatment I had in Moscow, it was amazing. I have to say the people out there were amazing too. Full of compassion and love, it was an absolute blunt.

I just want to say to anybody that’s been diagnosed with MS: “Get out to Moscow, Lucerne or Belgrade, whatever – it’s amazing!”