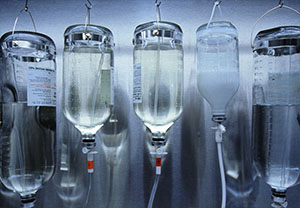 Long-term abuse of drugs or alcohol tends to be very damaging for central nervous system and consumption of large doses can cause detrimental effects. The main functions of the body such as normal oxygen circulation in blood gets disrupted, creating numerous different health problems. For example, those who are using cocaine or amphetamines usually suffer from bad blood supply in the brain, which affects their everyday life majorly. Stimulants become a necessity, but right after the effect of the drug wears off, a person is incapable of keeping up with usual routines and becomes low-spirited, constantly craving the next dose. Hormonal imbalance occurs, as well as numerous other problems including eating and sleeping habits. Because the brain doesn’t receive enough oxygen, a person will notice amongst the first symptoms troubles with focus, attention, orientation and memory. Thinking process becomes slower and difficult.

By stimulating the production of oxygen and glucose, neurometabolic therapy improves brain performance of a patient. Energy transportation is around 20 times better within cells. Neurometabolic treatment is made of 30% organic substances, which makes it a lot healthier. Amino acids, peptides, oligosaccharides, nucleosides, lipids, magnesium, phosphorus, sodium and calcium are all a part of it. This increases transfer of glucose to the brain by 50%.

When this type of therapy is used alongside other therapies (depending on the condition), patients with various mental disorders show improvements after only one month. Anxiety, fears, dizziness, insomnia and headache all decrease, whilst memory and concentration become better.

There are many other benefits that neurometabolic treatment has to offer. Attention, speech, behavior control, decision making, improved thinking and information processing, better memory performance and learning abilities are some of them. Negative thoughts and depression decrease. Body is capable of resisting extreme conditions more and it becomes stronger. A patient wants to be more active, has more energy and is less fatigued. Emotions are stable and a person is motivated. Those suffering from Alzheimer’s and Parkinson’s disease, as well epilepsy and encephalopathy can also benefit from this treatment.